Spectacle Blinds are another somewhat uncommon but important application for gaskets. A picture of a spectacle blind is shown below. The name comes from the fact that the assembly looks like eyeglasses, or “spectacles”. 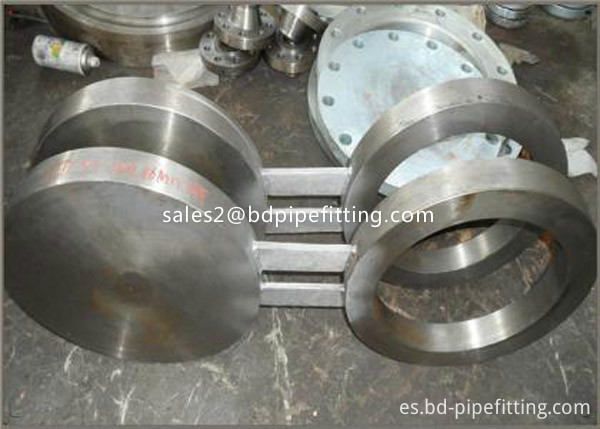 These are normally used in piping systems, usually between two standard flanges, and are designed to block off a section of pipe. However these are used where the customer needs to block this connection off somewhat frequently. They are typically used where there is piping connected to both flanges, where you cannot simply drop a standard blind flange in, because the flanges cannot be pulled apart far enough to drop in the blind flange. In this case, the open side of the spectacle is used (with a gasket on each side) when the customer wants the piping sections connected and operating normally. Then they will remove bolts, and spin the blind side of the spectacle into the flanged connection, and install 2 new gaskets. The reasons these are built this way is that the spacing between the flanges and the piping is now the same whether the pipe is blanked off or open, because the open ring and solid blind are the same thickness. This is the easiest way to be able to blank off a connection and then open it without the issue of the having different spacing between the flanges.